The study, published in the Proceedings of the National Academy of Sciences in June 2017, is the first of its kind to use police body camera footage as data.

The study involved 183 hours of body camera footage taken during 981 routine traffic stops by 245 different Oakland, California Police Department officers in April 2014. The footage of the officers’ interactions with community members was transcribed and then analyzed.

The study had the support of the Oakland Police Department who have said that the results will be used to improve training and highlight to officers how better to improve community trust.
Police interactions in which a community member might feel disrespected not only can be stressful but can lead to behavioral and health effects and even acute trauma for that community member. The study backs up community surveys in the U.S. that indicate that black people feel treated more poorly by police.
According to the study, routine traffic stops are not only common, they are consequential, each an opportunity to build or erode public trust in the police. Being treated with respect builds trust in the fairness of an officer’s behavior, whereas rude or disrespectful treatment can erode trust (6, 7). Moreover, a person’s experiences of respect or disrespect in personal interactions with police officers play a central role in their judgments of how procedurally fair the police are as an institution, as well as their willingness to support or cooperate with the police (8, 9). 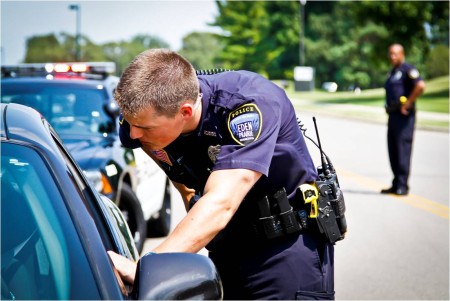 Police officers speak significantly less respectfully to black than to white community members in everyday traffic stops, even after controlling for officer race, infraction severity, stop location, and stop outcome. This paper presents a systematic analysis of officer body-worn camera footage, using computational linguistic techniques to automatically measure the respect level that officers display to community members. This work demonstrates that body camera footage can be used as a rich source of data rather than merely archival evidence, and paves the way for developing powerful language-based tools for studying and potentially improving police–community relations.

What is the “Horvath Test?”
I Am Not My Skin: Pasifika youth & racial profiling