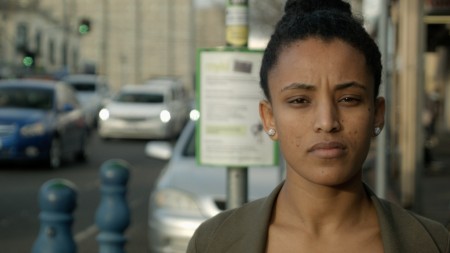 “African communities are conscious of the problem. However, we need the broader Australian community to be informed that this is occurring in Australia.”

My name is Zenab Tewolde. I’m originally from Ethiopia.

My passion lies with helping those that are most underprivileged and those who experience inequities due to their race, religion, gender, and ethnic backgrounds.

During my second year of University, I co-founded ‘Afro Society.’ The aim of the society is to provide a social capital for African students where they can have the platform and friendly environment to showcase their cultural heritage, by building social atmospheres here for new and already existing students to feel part of a community, through networking and activities. As the secretary of Afro Society, I was fortunate enough to have met many aspiring African students who are much different to how the media perceives them.

While studying, I was lucky enough to work for Victoria University for a project called ‘Survive and Thrive’ the project aimed to improve the literacy and numeracy skills of African business operators to enhance trade capabilities with the wider Australian community.

When I’m not working or studying I spend my time volunteering in various organisations such as housing services, legal advice and English classes to Asylum Seekers and Refugees.

Why did you become involved in the Peer Advocacy Team?

I was doing my placement at a school in the Western suburbs in 2016, the African students often shared stories of the negative encounters with people from the law enforcement. When I would ask the other students from Asian and or Middle Eastern backgrounds of they had also experienced similar situations, the response was mostly “no”. The stories ranged from random stop and search, stopping young people when entering the train and asking them where they’re going, stopping young people and telling them that a crime was committed in the area by someone of the same description. The young people that I mentored often highlighted that they didn’t know how to respond to these random searches and questioning. As a result, I wanted to gain a better understanding of what their ‘Rights’ are to be able to answer their inquiries.

What bugs you about racial profiling?

Well, it’s simple we live in the 21st century and no one should be policed on the basis of their race but only on the crimes committed.

I have not experienced racial profiling myself. Although, many young people from the African community have shared stories of racialized policing and discrimination. It frightens me when I hear these stories because I’m afraid that unfair policing is only increasing. I have also, read numerous studies which highlight the psychological consequences of racialized policing which scares me as I don’t want African youth to endure these effects.

How do you think we can put an end to racial profiling?

Starting a dialogue is the best way to start. African communities are conscious of the problem. However, we need the broader Australian community to be informed that this is occurring in Australia.

Why do you think it’s important for young people to know about their rights?

It is critical for young people to gain a greater understanding of their rights because I believe it will decrease the negative encounters with people from law enforcement.

New inquiry on external oversight of police corruption and misconduct in Victoria
Why the NSW Law Enforcement Conduct Commission is no model for Victoria.