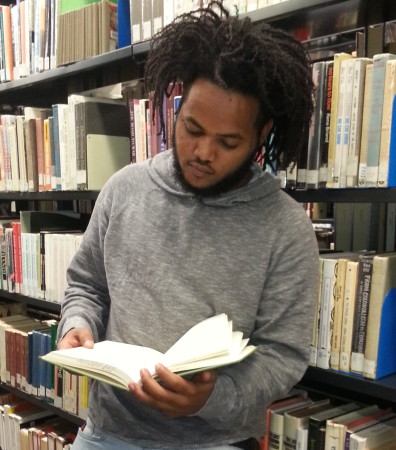 Amanuale Kidanu was born in Ethiopia and has been in Australia for seven years.  Known here as Manny, he completed his secondary schooling at Mount Alexander Collage and has nearly finished a degree in International Relations at Victoria University.

Manny well remembers a major issue at his school. And we will call it prejudice, even discrimination. Students not from Australian mainstream culture, and they were the majority, were encouraged by the school not to think of completing VCE, but rather take up a TAFE course or get a job. That pressure by some teachers was discriminatory; thinking – without thinking clearly – that young people from some cultural backgrounds cannot go on to higher education and have professions jobs. This created low self-esteem for students with a refugee or migrant  background.

Manny says this practice has underlined and increased the problems. After school, without being encouraged to push themselves further, many young people from African Australian and Pacific Islander backgrounds retreat back into their own communities rather than joining the mainstream.

And, by settling back with people of similar age, and perhaps with similar problems, they lose contact with community elders.

Unemployment is often the result, and all the problems with not having a job. Manny thinks it’s “three times” harder for African Australians and young people from other non-Australian cultural backgrounds to find work. It’s nothing to do with laziness, but a lack of opportunities. Equal opportunity is what is needed to progress.

Manny believes the lack of acceptance of people from different ethnic and cultural backgrounds by mainstream Australia is not showing signs of getting better, especially with more people arriving here. 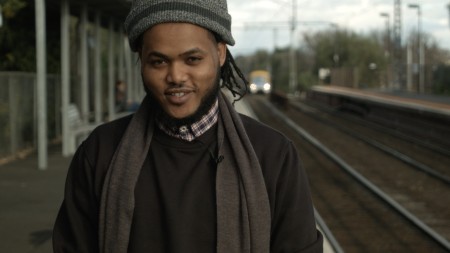 He puts it tactfully: “Australia is a bit behind with change, and not dealing with all the communities that are now here.”

Media attention on problems, including crime, particularly young African Australians, is damaging, Manny says. The media often misunderstands or, worse, amplifies the issues. “African-ness” is highlighted as a problem by the media. That not only creates conflicts with the wider Australian community but also within African Australian families. And it bolsters the perceptions of separateness, not inclusion – categorising people as being different if they don’t look like they come from the mainstream.

What Manny thinks is needed is better programs and networking within the community to help young people of African Australian and other backgrounds into the mainstream. “It’s our country and we need acceptance into society,” he says.

Manny has hopes of a career with the Australian Department of Foreign Affairs. But after graduating, perhaps while pursuing a Master’s degree, he first wants to continue his work helping young people, not only African Australians, to join in mainstream society, perhaps in local government.

In between his studies now, he is a volunteer at the Flemington and Kensington Community Legal Centre’s Peer Advocacy Team, as a Peer Advocate doing mentoring, mediation and advocacy activities. He sees some progress there, but makes mention of the way young African Australians are dealt with by the police. Racial profiling does exist, according to Manny. He’s also doing some work at university promoting small business opportunities.

Right now, Manny has just finished helping to organise the multicultural Basketball And Life- Skills Camp at Phillip Island to be held at the end of this month. The camp for young people aged 13 to 21 is being run by the international Initiatives Of Change organisation in partnership with MSF Basketball Academy. The camp offers professional basketball coaching, leadership skill development and life coaching.  AAMEYS is trying to help with sponsorships for this important community- building venture. Manny works as a Youth Advisory Group (YAG) member at Centre for Multicultural Youth (CMY) representing young people from African communities and the wider multicultural communities.