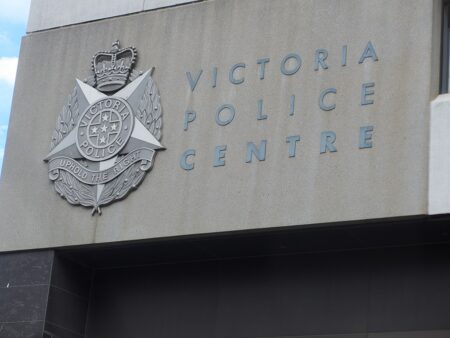 IBAC has recently handed down its report into racist, sexist and homophobic comments by the former head of Victoria Police’s ethics department, Assistant Commissioner Brett Guerin. 1 Called Operation Turon, IBAC’s investigation found damning evidence of online misconduct by Mr Guerin. But once again, this has been lost opportunity to identify and tackle systemic racism within Victoria police.

The Police Accountability Project (PAP) is disappointed in IBAC’s failure to identify the structural racism that allowed Mr Guerin to express offensive views, and still and rise to the top within Victoria Police. We are equally troubled by IBAC’s finding that Guerin’s racist and homophobic stance didn’t compromise his decision-making as Assistant Commissioner, or that of the beleaguered police complaints body that he led.

Operation Turon revealed that Mr Guerin was a serial on-line troll, who posted up to 70 homophobic, sexist and racist comments.  We publish some of these here, with the warning that they are offensive:

A report by Fairfax journalists also described Mr Guerin’s alleged use of an offensive term for Muslim or Arab people, when addressing police officers and staff at the Flemington police station in 2006. 2This was the subject of an internal complaint in 2007.

IBAC also found that Mr Guerin had been sued by a colleague for using racist comments against them.

IBAC and Victoria Police are yet to explain how police command determined Guerin was best suited to the position of Assistant Commissioner, to lead its Professional Standards Command (PSC). PSC is the body that manages police complaints, and whose role is to enhance and further promote a culture of high ethical standards throughout Victoria Police. 3

Mr Guerin’s application to Assistant Commissioner had been denied on two previous occasions, including because of the civil litigation brought against him for racist comments. But this was only because a panel member happened to have personal knowledge of the litigation. IBAC found that litigation history did not form part of Victoria Police’s promotion and probity processes, and Mr Guerin’s later promotion seemingly happened without it coming up. 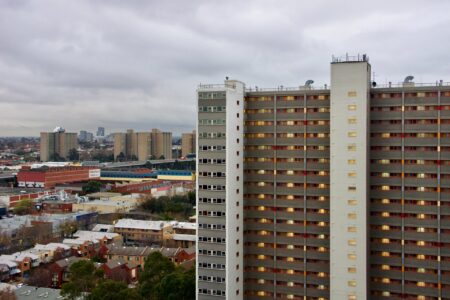 This was reflected in the subsequent appointment of Sgt Nick Konstantinidis to PSC under Mr Guerin in 2017. Konstantinidis had a long record of (racial) complaints lodged against him by our centre on behalf of young African Australians during his time at the Flemington police station.  He was the first-named defendant in our landmark Haile-Michael race discrimination case against Victoria Police.  PAP successfully advocated Konstantinidis removal from PSC when we became aware of his appointment. 4

Guerin’s offensive comments are a police culture problem, not a social media problem

Guerin tried to explain his predicament as a lesson about using social media and letting off steam. He said:

“Mine is a salutary lesson for others that there is, ultimately, no anonymity on the internet and nothing posted should be considered temporary.

“Venting on social media is an unhelpful and, ultimately, destructive way to deal with the stresses one faces.”

There would have been no problem in Guerin’s use of social media or venting if he wasn’t making racist, sexist and homophobic comments. Instead of focusing on racism and questions of police culture, IBAC’s Report tends to over-emphasise what this saga says about the risks of police using social media. For example, it found:

“IBAC’s review of complaint files did not identify evidence that Assistant Commissioner Guerin’s decisions (including those made in his previous position as a superintendent) were affected by bias. However, his behaviour risked damaging the integrity of and confidence in Victoria Police investigations.”

The need to address organisational racism

For example, the Haille-Michael case was settled in 2013, with a landmark agreement for Victoria police to publicly review its training and field contact practises. This included a failed ‘stop data’ trial. Victoria Police must finally commit to recording stop and search data, including the perceived ethnicity of people who are subject to police contact. This would allow us to better understand and address the overrepresentation and profiling of people of colour.

It is disappointing that IBCAC found “while the posts were generally offensive, they did not appear to reflect Assistant Commissioner Guerin’s personal views” and that it “did not find any evidence that [Geurin’s] decision‑making as Assistant Commissioner PSC was compromised by any underlying beliefs or views.”

It beggars belief that Guerin’s demonstrably racist comments do not reflect his personal views. The complaint history during his time at Flemington suggests otherwise. We likewise have no confidence about PSC’s competency, under Guerin’s command, to properly investigate, recognise and address complaints of racialised policing. This is person who believes people of colour need corporal punishment to stay in line.

Our clients, who made complaints during Guerin’s time at Flemington police station and PSC, are dismayed but sadly not surprised to hear about Guerin’s actions.

Our Race Discrimination Advocacy Coordinator says, “Many of our clients are looking for systemic change in Victoria Police and not policy changes on the use of social media. These piecemeal changes do little to instill confidence on the Police accountability process.”

This is another lost opportunity to tackle systemic racism and its manifestations in Victoria Police. The incident is further evidence of the need for a truly independent police complaints and monitoring body.