In an era of ‘pro-active policing’ it is vital that youth work and youth programs do not accidentally further criminalise, alienate or discriminate against young people, or act as a mechanism of social control by reducing their access to or entitlement to enjoy public space, safety and liberty.    This article is an extract from a report by Bec Smith and Gillian Davy.

Over-policing has a massive impact on young people

The “Boys, You wanna give me some action?” (2010), and numerous subsequent reports have found:

• Young people have been stopped, questioned and photographed by the police for no
reason, often several times a day;

• Young people have been subjected to police violence, both in and out of uniform;

• Young people have been forced to accompany the police without being arrested;

• In some cases, young people do not feel supported by community leaders when they are harassed by the police;

• Young people do not feel safe in public, leading to protective strategies that feed in to media stereotypes;

• Young people are often aware that their rights are being violated, which results in feelings of alienation;

• The police imply the criminality of young people through scrutiny, attention and questioning;

• Media representations of ethnic youths in public space as outsiders creates public paranoia, which in turns legitimises the actions of the police.

The report also found that young people are subject to forms of community policing that have emerged alongside the intensification of explicit, racialised practices of over-policing.

This ranges from one-off meetings or information sessions within a broaderprogram, to full police participation in and control of every aspect of the program. These kinds of responses have been posited as ideal, or at least beneficial, by both community workers and the police.

They rely on a basic set of assumptions about the causes of police/youth conflict:

• That tension between young people and the police exists due to young people’s lack of understanding of the police (either in their professional role or as individuals);

• That the misunderstanding about the role of police by racialised, newly arrived, refugee or migrant young people is ‘clouded’ by their experiences of authority in their home or other countries;

• That there is sometimes a lack of understanding of the issues facing young people on the part of the police.

Responses that combine the involvement of police, young people and the community sector can be loosely understood as ‘community policing’ activities. From a police perspective, community policing is about a proactive and preventative approach to issues of crime, public safety and the fear of crime. It attempts to refocus the traditional role of the police from crime investigation to ‘community-centred’ approaches, and involves high levels of police contact with the community in a range of contexts.

“Community policing programs that involve racialised young people often attribute young people’s fear of police to ‘cultural memory’. There is little acknowledgement that these fears are often based in experiences young people have had at the hands of police in Australia.”

The community and local government sectors have been strong advocates for community polici ng projects, motivated by a genuine hope that this would result in positive outcomes for young people and improve the relationships between the police and the organisations themselves. Young people have participated in these kinds of activities in the hope that it would result in police listening to them and being more responsive to their demands.

• An easing of or end to police harassment;
• Police employing conflict de-escalation tactics;
• An end to the practice of persecuting young people who occupy public space;
• A reduction in police violence.

Community workers have been involved in these kinds of activities for similar reasons, including the desire to equip young people with the skills to manage their interactions with the police.

Community policing responses generally involve the roll-out of projects that are designed to foster ‘trust’ and ‘greater understanding’ between communities and police and break down barriers between the two. These responses also often involve an element of rights education to ‘affected’ communities. Generally speaking these types of programs involve sporting activities, camps, creative activities and dialogue or problem-solving groups.

For further discussion on community policing and its origins please refer to, ‘Boys, you wanna give me some action?’ Interventions into Policing of Racialised Communities in Melbourne’

The Problems With Community Policing

Despite having emerged in part from the hard work and commitment of community organisations and local governments seeking to positively intervene in negative relations between young people and the police, there have been a number of difficult dimensions to community policing responses. Research has shown that despite the best of intentions, typical responses have not necessarily resulted in increased responsiveness of police to
marginalised young people and their concerns.

In fact, community policing activities have sometimes had detrimental impacts on both the young people and workers involved.

The shortcomings of community policing responses can generally be understood to fall within four main categories:

• The problematisation of young people;
• Police control over community policing activities;
• Evidence gathering in the course of community policing work;
• The ‘trickle up’ logic: the expectation that an increased understanding of the issues by some on-the-ground officers will result in changes to the culture of the police force more broadly.

In addition, our research suggests that these community policing projects often fail to acknowledge existing power imbalances between young people and the police, and can contribute to the construction of police as a legitimate part of the community and young people as disengaged outsiders. Furthermore, individual police officers’ participation in community activities does not necessarily result in changes in their behaviour in the course of street policing.

Ultimately, building closer relationships between young people and police
often results in the intensification of policing of those young people, rather than the desired decrease of these interactions.

The Problematisation of Young People

Community policing programs that involve racialised young people often attribute young people’s fear of police to ‘cultural memory’. This may be based on the often false assumption that they grew up in a country outside of Australia, or that their fears are born of community or family narratives about policing in other countries. There is little acknowledgement that these fears are often based in experiences young people have had at the hands of police in Australia.

We are concerned by how young people’s behaviours, such as avoiding police contact or hanging out in groups, is posited within this emphasis on education. Again we see the actions of young people are deemed suspicious or indicative of guilt, as opposed to being understood as legitimate responses and protective strategies.

However, we know that rates of contact with the police are the primary determinant factor in whether young people go on to experience arrest, court and incarceration.  For this reason the potential impacts of interventions involving the facilitation of contact between young people and police should be carefully considered and alternative responses thoroughly explored.

Any interventions into police/youth conflict should seek out possibilities for action based upon support for the positive visions young people hold for their own communities, with the ultimate aim of reducing the level of policing that young people experience.

Any community sector response needs to be mindful of young people’s views and experiences, as well as acknowledge the underlying power imbalances that contribute to both the tensions between young people and the police, and the continuation or exacerbation of those tensions.

We are especially concerned to ensure that community workers do not push young people into programs that, even unintentionally, operate as a mechanism of social control by attempting to contain their energies, undermining the alternative, unsupervised activities that young people may choose for themselves.

“An important starting point is to ask the affected young people themselves what they would like to see happen.”

In making decisions around responding to police/youth conflict and in supporting young people generally, an understanding of the social and political context of the conflict or issues is paramount. An important starting point is to ask the affected young people themselves what they would like to see happen. These discussions with young people should be effectively supported and facilitated with a range of options being presented.

Key principles to be mindful of are:

With these principles in mind, young people should be supported to generate positive alternative solutions to structural issues that generate police/youth conflict. These could include:

• Campaigns for young people’s right to use public space;
• Lobbying for resources for initiatives that reduce violence and feelings of insecurity;
• Funding for community arts and other projects such as music or multimedia pieces;
• Support of young people’s pursuit of legal recourse for police misconduct;**
• Supporting individual acts of resistance on the part of young people;
• Alternative media strategies. 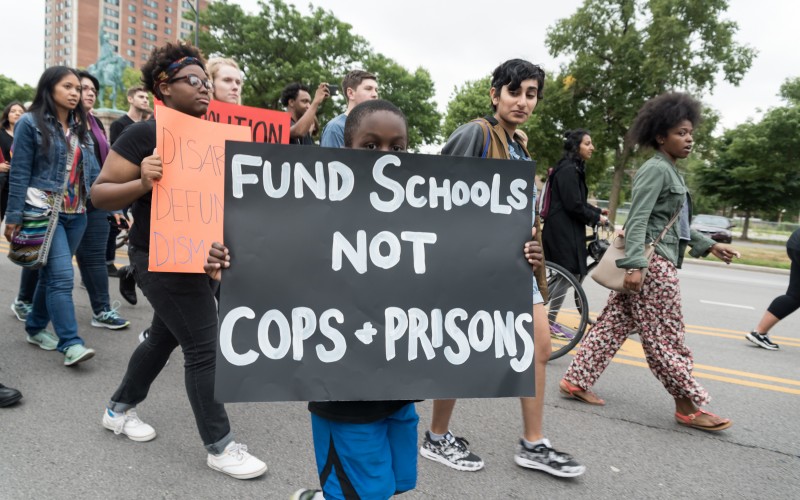 In our 2010 research and 2011 consultations, young people put forth the following ideas as to what kinds of responses they’d like to see and how they could be supported:

• Teach us, a lot of the youth, how to deal with certain situations you know? If the police
bash you, where to go to, how to make a claim, stuff like that.

• Real conversations about what really happens when young people try to stand up for
themselves or question police about being constantly stopped and questioned.

• Young people hanging out in groups is for protection — isn’t that what they tell us to do? To be safe? Go with a buddy? But when we’re with our friends we’re called a gang. I would rather stay at home than walk by myself, we’re used to being together. I might go crazy if I don’t have someone to talk to me.

• Community events for educating community. I don’t know my neighbours. As soon as they see police at my house they think we’re bad. Education by young people to the rest of community.

** Young people should be made aware of the inadequacies of police complaints systems when making the
decision to follow this course of action. The majority of complaints made against police are unsuccessful.

For more information regarding police complaints systems in Victoria see Hopkins, T. 2009 and Smith, B. and
Reside, S. 2010.

This is just an extract: For the complete section on Recommendations for Youth Programs involving police please download the: westjustice-safe-spaces-report(PDF)

This article is extracted from:

Safe Spaces: a toolkit for dealing with police/youth conflict
Authors: Bec Smith and Gillian Davy
Safe Spaces both acts on and develops the recommendations made in the 2010 report by Bec Smith and  Shane Reside, ‘Boys, you wanna give me some action?’ Interventions into Policing of Racialised Communities in Melbourne (Springvale Monash Legal Service).
ISBN: 978-0-9807793-2-5
Published in 2012 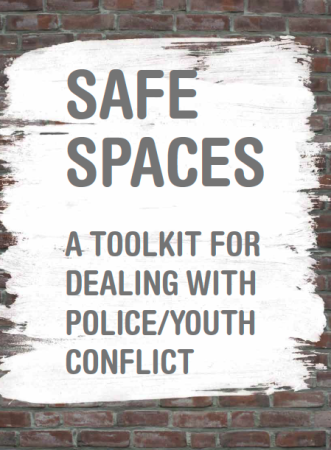 Learning from history: The Police Complaints Authority
Body-worn cameras will help reduce police use of force, but the problem runs much deeper