This article analyses the recent Federal Court judgement in Wotton v Queensland [No 5] (2016) FCA 1457 and outlines the legal and political implications of the decision for Australian public interest law. The article focusses particularly on police accountability and racially discriminatory conduct by police officers in the course of their duties. The author summarises possible legal precedents arising from the case and discusses the potential legal and political responses to these precedents, concluding by noting the relevance of the decision to communities affected by discriminatory policing, and to community and public interest legal practitioners.

On 5 December 2016 Justice Mortimer of the Federal Court decided Wotton v Queensland [No 5] (2016) FCA 1457 (Wotton). This decision is notable for its major implications for police accountability litigation in Australia. In the words of the Plaintiff’s lawyer “[this case is] the first time an entire community has been represented in a class action against a state of Australia alleging racial discrimination and being vindicated in that cause”[1].

Wotton was decided more than 12 years after the 2004 death of 36 year-old Aboriginal Palm Islander Cameron Doomadgee (posthumously known as Mulrunji) whilst in police custody on Palm Island – an event that triggered significant localised incidences of civil unrest including the burning of a police station, and led to numerous criminal prosecutions, coronial inquests and police disciplinary proceedings. Wotton was a civil action relating to the conduct of Queensland Police Service (QPS) officers on Palm Island in the weeks following Mulrunji’s death.

Wotton was initiated in 2014 by three plaintiffs on their own behalf, and as a representative proceeding on behalf of two other ‘classes’ of persons. The action was initiated against the state of Queensland and the Commissioner of Police for Queensland, alleging unlawful racial discrimination in contravention of section 9 of the Racial Discrimination Act 1975 (Cth) (the Act). The alleged discriminatory conduct occurred was carried out by QPS officers in the course of their investigation into Mulrunji’s death, as well as in their management of community tension, anger and concerns in the week after Mulrunji’s death, and in their response to protests and fires on the island. Wotton was successful on most grounds and the three lead plaintiffs were awarded a total of $220,000 in damages.

The decision appears to provide legal authority in several key areas relevant to individuals or communities affected by racially discriminatory policing who wish to litigate, and for legal practitioners representing these litigants or classes of litigants.

Firstly, Wotton provides legal authority for the proposition that proving both of the following elements can give rise to relief under the Act:

Furthermore, Wotton affirms the right of a lead plaintiff or plaintiffs to bring representative proceedings on behalf of a community affected by unlawful racial discrimination, specifically by litigating on behalf of an identifiable class of persons who have been adversely affected by unlawful racially discriminatory conduct. The proceeding’s representative nature has its legal basis in the Federal Court of Australia Act 1976 (Cth) pt IVA which allowed the matter to be brought on behalf of the plaintiffs but also on behalf of “Indigenous people who were ordinarily resident on Palm Island on 19 November 2004 and who remained ordinarily resident there until 25 March 2010”, and a further ‘subgroup’ affected by police searches in the immediate aftermath of the riots.

In relation to compensatory relief, Wotton provides legal authority for the proposition that compensation can be awarded where quantifiable damages have been suffered by the litigants as a result of unlawful racially discriminatory conduct.[4]

Furthermore, although aggravated damages were not awarded in this case, Mortimer J held that it would have been open to the Court to award aggravated damages under the Australian Human Rights Commission Act 1986 (Cth) s 46PO(4) provided that harm caused by the aggravating conduct was sufficiently proximate to the discrimination suffered, thereby providing legal authority for the proposition that aggravated damages can be ordered where it is proven that additional harm resulted from the manner in which the principal acts of discrimination were carried out[5].

Overall Wotton appears to provide clear legal authority that individual or systemic allegations of racially discriminatory policing may be litigated under section 9 of the Racial Discrimination Act, and that powerful remedies including substantial damages can be awarded to persons or identifiable classes of persons affected by racially discriminatory policing. There is no immediate prospect of the decision being overturned  after the Queensland Attorney-General reversed her initial decision to appeal Wotton following an online petition gathering more than 17,000 signatures[7] and reportedly triggering an “internal revolt”[8] within the Queensland Labor Party. It is also worth noting that the appeal was withdrawn on the basis of “…further considered legal advice about the State’s prospects of success on appeal”[9], implying that the decision to withdraw was based not only on political considerations but also on legal advice that the original decision was likely to withstand an appeal.

The most immediate legal ramifications now appear to be for Palm Islanders now potentially eligible for compensation; i.e. for those fall within the class of plaintiffs included in the representative action and who are found to be have been adversely affected by the discriminatory policing conduct identified in Wotton. Mortimer J explicitly noted this potential liability[10] and many residents of the Island have now commenced inquiries as to their eligibility[11]. The potential for wider application of the precedent set in Wotton has also been noted in Western Australia where Indigenous communities are considering legal action in relation to the death of a 14-year-old indigenous boy in Kalgoorlie in August 2016; a case involving allegations of “endemic racism” in police handling of investigations[12].

Sadly, relations between police and ethnic communities across Australia are often blighted by allegations of systemic racially discriminatory policing practices. Allegations of profiling, excessive force and harassment are regularly documented, substantiated and litigated by non-government organisations such as Flemington & Kensington Legal Centre’s Police Accountability Project[13] and are regularly reported in the media. The precedent set in Wotton provides a powerful legal avenue for aggrieved individuals and communities to pursue public interest litigation to ensure police accountability, secure compensation for harm suffered, secure aggravated damages in particularly egregious cases, and obtain other relief such as court-ordered apologies[14].

Where to from here?

Whilst it is true that the precedent set in Wotton is potentially very significant, it is also worth noting current (and possibly future) limitations of the decision’s potential impact.

Secondly, given the very real possibility for massive financial exposure of state and federal government treasuries to major class actions, and given the apparent willingness of the current federal government to countenance radical changes to Australia’s racial discrimination laws, it is not inconceivable that federal parliament may at some point legislate to amend the Racial Discrimination Act and effectively override Wotton, limit the quantum of damages, or set up a separate statutory process or body to deal with claims.

Finally, it should be noted that the trial decision in Wotton did not finally determine costs and did not order a public apology, although Mortimer J foreshadowed orders similar in nature to a public apology and directed that the Court would take further submissions on this issue[15]. The outcome of both these aspects of the case are potentially very relevant to future litigants; a public apology could have great symbolic value to the victims and to the Palm Island community, while conversely an active decision to refuse to make such an apology has the potential to cause further distress to affected residents and possibly deter future litigants. On a practical level a large costs order against the plaintiffs could deter future litigants (notwithstanding the substantial damages awards and pro bono legal representation received by the plaintiffs in Wotton). 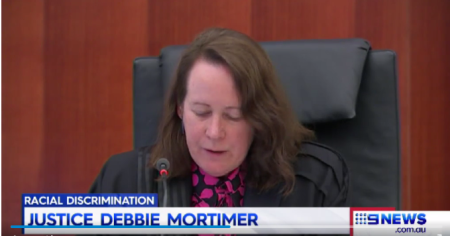 Wotton is a landmark case in Australian public interest law. Communities and individuals who believe they have been affected by racially discriminatory policing practices may now draw on Federal Court authority to pursue damages and other relief under the Racial Discrimination Act – a legal development with potentially far-reaching impacts on police accountability and race relations in Australia.

Practitioners in community and public interest law would certainly benefit from being familiar with Wotton and its implications, as well keeping abreast of ongoing legal, political and possibly even legislative responses to this case.

Due to the complexity and public importance of the decision, the Federal Court has published a 6-page summary of the decision available at http://www.judgments.fedcourt.gov.au/judgments/Judgments/fca/single/2016/2016fca1457/summary/2016fca1457-summary.

The Federal Court’s national list of business is likely to be published in March 2017, which should indicate what (if any) aspects of the matter will be heard in the Court’s May sittings. Media coverage of both the appeal and the ongoing controversy surrounding the decision to appeal is likely to continue.

While the litigation seems far from over, Wotton’s major legal and political implications have already reached far beyond the shores of Palm Island. Time will tell whether Wotton will prove to be a short-lived outlier in Australian jurisprudence or whether it will precipitate a major reshaping of the legal implications of racially discriminatory policing practices.

[14] Mortimer J did not order an apology in this case but directed the Commissioner of QPS to consider the appropriateness of an apology and either publish a written apology on behalf of the service or publish reasons as to why an apology was not appropriate. 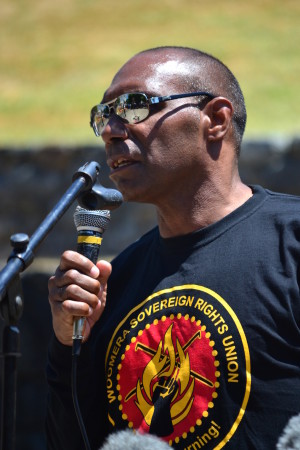