Britain acts to reign in stop and search 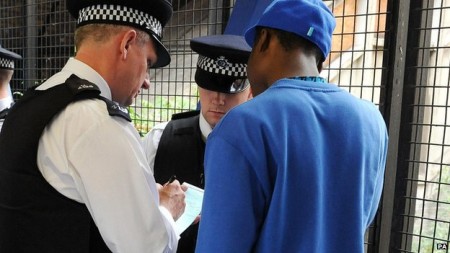 After decades of public controversy, the British Government has launched a new scheme to monitor and hold police stop and search practices to account.

In a move that could be replicated by Victoria Police in Australia, all police forces in England and Wales have agreed to adopt a new government code of conduct on the use of their powers to stop and search members of the public.

The Best Use of Stop and Search Scheme was launched by the British Home Secretary, Theresa May on 26 August 2014 who had earlier stated that the technique of stop and search was being misused so often that it was damaging relations between the public and police.  In the UK, black people are 6 times more likely to get stop & searched than white people, Asians are twice as likely.
The principal aims of the new Scheme are to achieve greater transparency, community involvement in the use of stop and search powers and to support a more intelligence-led approach, leading to better outcomes, for example, an increase in the stop and search to positive outcome ratio.
The features of the UK Scheme are: 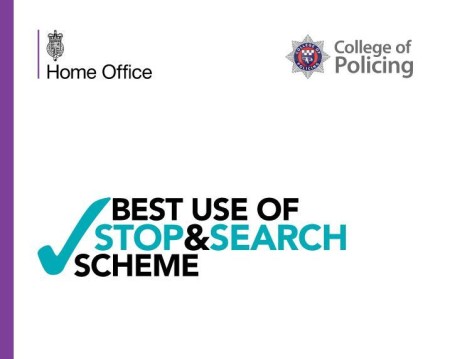 According to the Scheme, UK police forces will only use stop and search strategically, which will improve public confidence and trust.

What can Victoria Police learn from this?

Victoria Police have committed to Australia’s first trial of stop and search receipting and to reviewing its field contact policies after a Federal Court challenge under the Race Discrimination Act led to a settlement and six month public inquiry in 2013.

“We will review our policies to ensure that they do not lead to racial profiling and state explicitly in these that racial profiling is not acceptable and that there is a zero tolerance of this practice in any form.” (Equality is not the same report , page 7).

Vicpol have also agreed to undertake data collection and monitoring for field contacts.

“We will revise our field contact data collection, monitoring, analysis and reporting.  Our policy revision will enhance accountability measures, such as supervisory oversight.” (Equality page 8)

Much of this work is already underway within the new Victoria Police Priorities Communities Division under Commander Sue Clark and a wide ranging community consultation and advisory system has been established.

“Consistent and continual monitoring scrutiny and assessment of data by, or in close collaboration with an independent and suitably qualified body such as VHREOC is seen as international best practice in reducing bias in policing.” Anthony Kelly, Executive Officer, said today.

“A well-developed LEAP data monitoring system would provide a critical evidence base for all other policy, training and localised interventions to reduce discriminatory policing. At the moment, this is not a focus and it needs to be.”

Victoria Police would do well to look to the Best Use of Stop and Search Scheme and implement a similar initiatives here.

Next year under the scheme, British police will start mapping where the practice is used so people can see if one area is targeted more than others, and the public will be entitled to know why this is the case.

“This is precisely the sort of public information that could be available in Victoria if ethnic specific police field contact data was appropriately recorded and analysed by Vicpol and VHREOC.”  Mr Kelly said.

The changes in the UK are being brought in after Her Majesty’s Inspectorate of Constabulary found that 27% of stop and searches did not satisfy the requirement that there be “reasonable grounds for suspicion”, meaning more than 250,000 of the one million searches conducted last year could have been illegal.

Does the code go far enough?

Mr Hinds says none of the 125 stop and searches he has been subjected to in the last 30 years has resulted in police finding he has done anything illegal.

He told BBC Radio 4’s Today programme: “After 40 years of abuse of stop and search, we now refer to it as stop and scarred in our community. It has alienated whole swathes.”

Advocacy coalition StopWatch UK have welcomed the new scheme but the have said that the changes to Section 60 do not go far enough.

In terms of the Section 60 powers, the new scheme states that police only use the “no suspicion” Section 60 power when it is “necessary” to prevent serious violence.  Stop -Watch UK have stated that every stop & search must be intellingence led.

Forces signed up to the Scheme are expected to adhere to all its components, subject to exceptional circumstances. However, nothing in the Scheme is binding in law; statute and case law on stop and search therefore remain unaffected.

Whilst StopWatch is pleased by the proposals in the Scheme, they remain concerned that they are unsupported by legislation, and unenforceable. The Scheme also does not address other significant concerns, including the searching of children, the conduct of strip-searches, Road Traffic Stops and counter terrorism powers.

Stop Watch have called upon police in Britain to use the scheme as an opportunity to improve the use of stop and search, and to work towards remedying the community disengagement which has all too often been its result.

The Police Accountability Project will be providing more information on the UK scheme, including the community complaints ‘trigger’  and it’s adoptability by Victoria Police in the coming days.

The Best Use of Stop & Search Scheme Code of Conduct

Stop watch response to the scheme

Equality is not the same report