“We will get better” Racial Profiling Update

We continue to monitor and engage with the roll out of the commitments made by Victoria Police in the Equality is Not the Same report and we want to keep you up to date.

Chief Commissioner Ken Lay has launched the Human Rights Strategic Advisory Committee and the Priority Community Division’s portfolio reference groups have largely been established.  These groups will contribute to and have some oversight of the activities of VicPol in implementing their commitments. A number of experienced and knowledgeable individuals have been recruited for these important roles. Since last year’s community consultation, Vic Pol have maintained an openness and willingness to listen to and take on board community views. 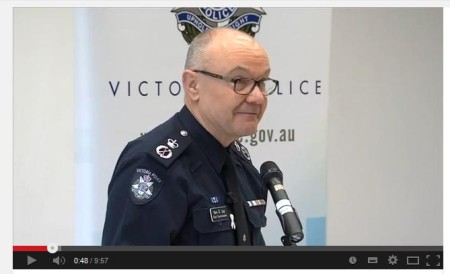 “It is the right of every Victorian to be treated fairly and with respect and dignity by their police…Every Victorian must expect a police service that is culturally competent, ethical and professional… You must make sure we are accountable and transparent in everything we do… You must tell us loudly and clearly when we get it wrong…We will get better. With your help we will free our workforce of discrimination.

You can watch the Chief Commissioners recent speech online.

What do we see as the issues so far?

It is of critical importance that Victoria Police as an institution understands what constitutes racial bias and racial profiling – how it is identified, the nature of its features and impacts.  Chief Commissioner Lay has spoken out strongly against some of the abhorrent and overtly racist incidents since the Haile-Micheal case and that is welcome.

However, a clear articulation of racial bias and discrimination has been left out in VicPol’s communication so far.  Acknowledging that there is an issue of racial bias within Victoria Police and articulating how this links to bias and racism in the community generally, especially around narratives that associate blackness with criminality, is crucial. An acknowledgement of this kind would reinforce the message that Victoria Police is genuinely motivated to change, to overcome these biases and uphold human rights.[2]

2) A formal definition of racial profiling has not yet been developed.

Lots of policy work has begun but Vic Pol have not yet developed a clear definition of racial profiling. It will be critical for community to insist on a comprehensive and accurate definitions of racial discrimination, explicit and implicit or unconscious bias and other terms that define discriminatory policing so that we can then get the policy responses and training right.  Victoria Police needs to articulate a clear definition and refutation of racial profiling as a legitimate police tactic along the lines of the Racial Profiling Policy of the Ottawa Police Service. This work will fall within the scope of Victoria Police’s Racial Profiling project.

Vicpol have committed to developing transparent and independently monitored data monitoring procedures to ascertain whether field contacts are being applied disproportionately on a state-wide, regional and local level.   Consistent and continual monitoring scrutiny and assessment of data by, or in close collaboration with an independent and suitably qualified body such as VHREOC is seen as international best practice in reducing bias in policing.  A well-developed LEAP data monitoring system would provide a critical evidence base for all other policy, training and localised interventions to reduce discriminatory policing.  Whilst all receipted contacts will be recorded and monitored during next year’s receipting trials, broader data monitoring is associated with the Field Contact Policy Review and other projects running parallel to receipting.

At the moment, this is not a focus and it needs to be.

An External Education Advisory Group has been established to advise on the proposed Anti-bias training module (Equality Report: Training recommendation 24) and the overall Cultural, Community & Diversity Education Strategy.  This advisory group will be critical to ensure new police training content reflects community expectations and is robust enough to confront and train against some deeply entrenched and widely held prejudices within the police. It will have to challenge the influence of shock-jocks, and tabloid commentary about ‘African crime’ and other stereotypes. We hope that critical understandings of cycles of criminalization that impact on people with a mental illness, Aboriginal people, and transgendered people and how this links to discrimination is also included in the training.

Resources and research on anti-racial profiling training can be found on our new website here.

5) Building trust and breaking down misconceptions

We urge Victoria Police to ensure that attempts to rebuild trust and relationships, do not result in further law enforcement intervention into people’s lives, particularly young people, who have identified that even casual contact as often unnecessary and uninvited.

Now that the consultation processes have been established, there is a huge amount of work ahead for Victoria Police to see fair and impartial policing policy, data monitoring, specific standards and training developed to eliminate racial profiling and discriminatory policing. Community leaders, agencies and representatives will play an important role in developing and supporting this work.

This is an historic opportunity for Victoria Police to utilise the input and resources of the community, international research and best practice to reconceptualise how they undertake their work.

Resources on this website are available to community members and advocates interested in this work.  We will update these resources and do our best to keep community representatives up to date.

As we stated in our analysis of the Victoria Police 3-year action plan to combat racial bias, we remain committed to seeing each step implemented as effectively as possible.

The Racial Profiling Monitoring Group, established by community members, is meeting once a month to independently monitor progress towards the Equality report recommendations. This group will be putting work into definitions of racial profiling in upcoming meetings.

We encourage community representatives to be involved in these discussions.