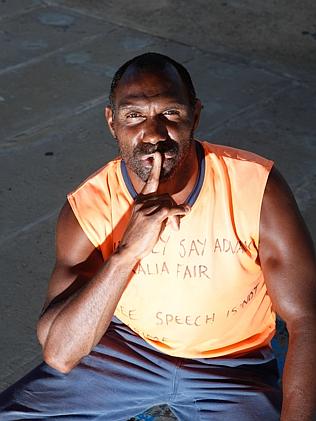 The death in custody of Mulrunji Doomadgee on Palm Island on November 19, 2004 and the protests that followed,  are tragic and clear demonstrations of the need for police accountability.

Following Doomadgee’s death, the Attorney General indicted Senior Sargent Chris Hurley for a criminal trial. This was the first time action of this kind had been taken by the public prosecutor’s office since it was established. The officer was charged for a death in custody and was acquitted by a jury in June 2007.

Palm Islander Lex Wotton, was incarcerated for his role in the protests for a period of 20 months and released on parole in July 2010. His parole conditions included a four-year gag order, preventing him from speaking about the events and the issues. This gag order has now expired.

Racialised policing and Aboriginal deaths in custody must be stopped. Police accountability issues should not be covered up.   ‘Lex Wotton  says the tensions between police and local residents that led to the island’s darkest chapter have in some ways “gotten worse”’ (Townsville Bulletin, July 20 2014). See links to media where Lex Wotton discusses his plans to continue to speak up about these issues.

Lex Wotton: I’m innocent of arson and that’s why I got a gag order placed on me