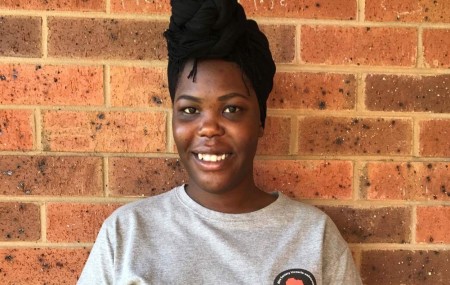 This girl group is schooling Aussies on the truth about the South Sudanese community, SBS, 13 October 2017

My name is Achol. I am in my second year studying the Bachelor of Psychological Studies at Victoria University. I am heavily involved in many community programs from a women’s group, a university society, a youth group and African community groups.

My interest lies mainly in advocating for Africans whose voices are not heard in the wider community and making changes so we can fit into the Australian community. Also, one of my goals is to help motivate African young women to achieve self-confidence and empowerment.

Why did you become involved in the Peer Advocacy Team?

I find it disappointing that the very people we give authority to protect us are the ones who use their power to target us, that’s what bugs me most about racial profiling. I also find quite upsetting that it is usually young people of minority background that are usually the target,  which is a challenge as it could be difficult to defend themselves.

I have not personally experienced racial profiling, but I have many friends and families who have experienced it. I have had young people from my community complain that they have been stopped by police officer for no reason by themselves or if they are walking with their friends.

How do you think we can put an end to racial profiling?

Educating people about their rights is one of the ways for end racial profiling.

Why do you think it’s important for young people to know about their rights?

Firstly, I think it is important for young people young people to know their rights because it means if they experience racial profiling they can know what to do in that situation and could prevent officers from trying to accuse them of a crime or from asking questions that they do not have to ask. 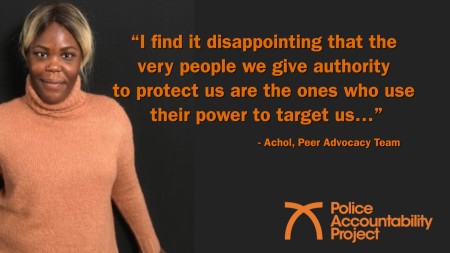 MEDIA BACKGROUNDER: Much more than an ‘anti-crime’ protest
Shrouded in secrecy: Racial profiling by Victoria Police