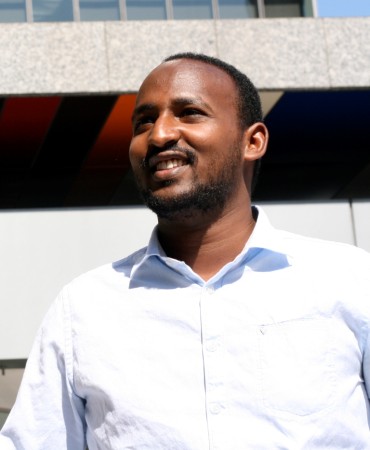 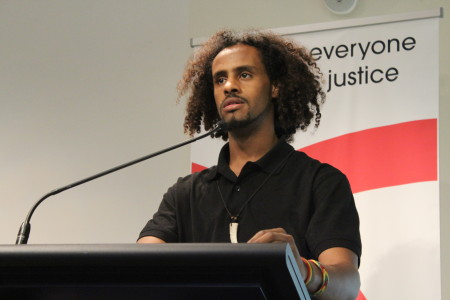 Two young men from Flemington, Victoria have been shortlisted for the Australian Human Rights Commission’s  Young People’s Human Rights Medal for their work against racial profiling.

Daniel Haile Michael and Maki Issa were jointly nominated for the Medal as human rights champions as well as inspirational and experienced youth leaders.

Since their involvement as the lead applicants in the long and historically significant Federal Court Race Discrimination case, that settled with a landmark agreement in early 2013, Daniel and Maki have continued their quest to protect and promote the human rights of young Victorians from diverse backgrounds and to challenge racism and racial profiling.

The race discrimination case resulted in significant commitments by Victoria Police to eliminate racial and other forms of bias in policing.

Along with providing support and advice to their younger peers who experience negative contact with police, both have continued this year (which marks almost a decade-long fight to uphold human rights) to undertake public speaking, media and peer-support work.

Daniel and Maki have worked tirelessly to continue to engage with Victoria Police and the Human Rights sector to support the transformation of these commitments into meaningful changes in the lives of young people in Melbourne.

Daniel and Maki are feeding in the views of young people to the Victoria Police consultation processes around the stop and search receipting trial as well as other Victoria Police portfolio processes that have been established to implement the recommendations of the Equality Is Not the Same Report.

Together these young men have conducting dozens of radio, newspaper and television interviews representing not only the other applicants in the case but their communities superbly.  In the nine years since the incidents that first brought them to the community legal centre, Maki and Daniel became founding members of the Flemington Theatre Group, which and has put the stories of Australia’s newest communities on the stage and ran a sell out season at the Malthouse last year.

Daniel and Maki and a small group of others established one of Australia’s first African youth radio shows, African Australian Voice and Daniel was a project worker on Visioning Justice on radio 3CR.  Daniel was recognised as Most Inspiring Young African-Australian in 2013 by the African Australian Community Awards.   Daniel is currently working with the agency Kids Off the Kerb and Maki is heavily involved in theatre making.

They are regularly called upon to speak at forums and to media and to support young peers facing racialised policing today.  They are both outstanding and very impressive community leaders in their own right.

In July this year they were joint recipients of the Ben Bodna Award and have recently been employed as Peer Advocacy Outreach Workers at the Flemington Kensington Community Legal Centre.

The Awards will be announced at the Museum of Contemporary Art in Sydney on International Human Rights Day, Wednesday 10 December 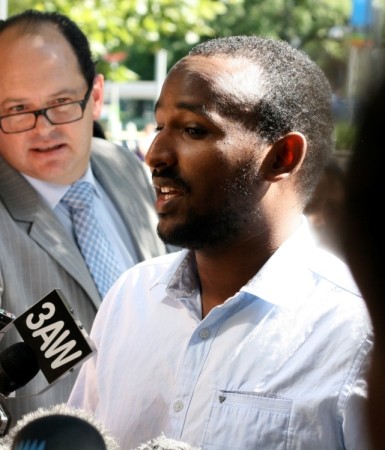 A full list of media is at: police accountability media