Federal Senator Gavin Marshall, Senator for Victoria,  has called upon the new Andrews government to implement a “truly independent body to investigate complaints made against police and, importantly, to instigate charges against police for their misconduct.”

In a speech to the Senate last night congratulating Daniel Andrews and the Victorian Labor Party,  Senator Marshall called upon the new Victorian Government to address the issue of the powers of the Independent Broad-Based Anti-Corruption Commission, or IBAC, that failed to make it to parliament before the election.

In the speech, the Senator stated that the “bodies responsible for police oversight in Victoria—IBAC and the Office of Police Integrity, or the OPI—have proved to be completely ineffectual in that role.”

And; “No-one in our state should be above the law. Unfortunately, it appears that some members of the Victoria Police force feel that they can assault citizens without any fear of prosecution.”

He goes on to cite recent cases brought by the Flemington Kensington Community Legal Centre.

We still have no action taken against the police who assaulted Corinna Horvath close to 20 years ago. The Magistrates’ Court found that the police assaulted Corinna. The United Nations Human Rights Committee found that the state of Victoria failed to provide proper redress for Corinna. And yet we have seen little more than an apology and an ex gratia payment. Three of the four police officers who assaulted Corinna still work in the Victorian police force. Police officers involved should face the criminal charges identified by the County Court’s Judge Williams back in 2001, where he found police at fault of assault, unlawful arrest, false imprisonment and malicious prosecution, and found that the police told lies on matters of major significance.

And the infamous Matiang case;

The OPI dedicated two pages of its 2010-11 annual report to a police raid on a small bungalow in Williamstown, where three teenagers—all minors—were assaulted, pepper sprayed and arrested. The OPI conducted an independent review and found that the police used excessive force, and then referred the incident back to Victoria Police for action. After conducting their own internal review, the police found that many of the OPI’s findings were not valid and took no action against the police involved. The body responsible for police oversight was just completely ignored by the Victorian police force command.

Senator Marshall highlights the work of the Police Ombudsman Office in Northern Ireland as one example of an effective, independent police complaints and investigative body which receives more complaints against police than IBAC, but which also make hundreds of recommendations the Public Prosecution Service, and police force command including criminal charges against police formal disciplinary proceedings.   He highlights that both police and public indicated high levels of satisfaction after the Police Ombudsman’s investigation.

“The people of Victoria should expect no less of a response to the long-term systemic issue of police assaults” he states.

Police need to know that their actions are accountable, that they have a duty of care for every citizen and that our community will not accept that assaulting people is ever acceptable. “

Senator Marshall’s call echos those made by Victorian community, legal and human rights bodies over many decades.

Victoria’s inadequate response to complaints of misconduct by police has been a recurring issue in Victoria for decades and is damaging to not only community trust in police, but also public confidence in societal institutions.

“Until Victoria properly investigates human rights abuses, not only are individuals denied effective remedies, but the public, particularly the most  marginalised, remain unacceptably at risk of death, injury and ill-treatment by police officers.” Mr Kelly said.

“We look forward to working with Premier Andrews, and the new Victorian Police & Corrections Minister, Wade Noonan, in ensuring Victoria meets it’s international obligations  to have an independent and impartial body which can investigate allegations of police misconduct ‘promptly, thoroughly and effectively.” 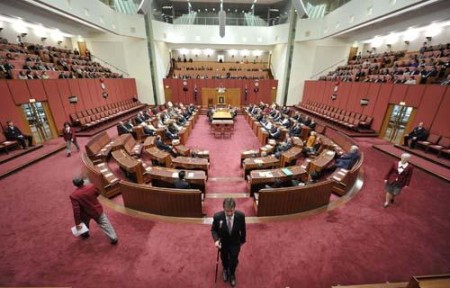 Background on the Corinna Horvath UN Communication and Australia’s obligation is available here.

Back ground on the Matiang case here.

“Northern Ireland’s police ombudsman is effective, it receives strong support from the public and from the police, who are in no way hindered in their work.”

The Police Ombudsman’s Office provides independent, impartial investigation of complaints about the police in Northern Ireland.

The office independently investigates all complaints by the public against the police from police-involved fatalities and excessive force allegations to discrimination, incivility and duty failures.

Decisions are made entirely independently of the police, government and complainants.

The Office was established in November 2000, is based in Belfast city centre, and has a staff of about 150 people, about 120 of whom work within the investigations teams.

Only 25% of the investigating staff in the Police Ombudsman’s Office are former police officers and none of these officers previously worked in Northern Ireland.

Tamar Hopkins from the Police Accountability Project visited the Police Ombudsman in 2008 as part of her international research into independent investigations of police.

Police Ombudsman investigators pride themselves at being able to get to a scene within the hour of police involved death or serious injury occurring.  They will interview all police and civilian witnesses. They operate a 24-hour service.  There is a team of eight investigators. For small investigations, they send two people out.  They wear orange jackets to distinguish them from the police.

For more see: An Effective System for Investigating Complaints Against Police (PDF) , Hopkins, 2010

In search of certainty: Is the Vic Police Act a step forward?
Racial Profiling champians shortlisted for Human Rights Award