Victoria’s Police Accountability Project has stated that it is “totally inappropriate” that police should have to investigate other police shootings such as these.

According to Anthony Kelly, Executive Officer of the Flemington Kensington Community Legal Centre, which runs the project, incidents such as this shooting should be investigated rapidly by a trained specialist team, independent of Victoria Police.

“With contradictory accounts, one person almost killed and public speculation rife, it is vital that we have a system of investigation that can uncover exactly what happened,” Mr Kelly said.

“Prompt, well- resourced, transparent and independent investigation would serve the interests of the police, the victims, and the wider community in cases such as this.”

Victoria Police Northwest Metro region Superintendent Hardeman, was quoted as saying she was “satisfied with the conduct of the police members involved in the incident,” which involved 40 Critical Incident Response Team (CIRT) members entering the nightclub and shooting two people.  Whilst it may be appropriate for senior police command to publicly back members after a critical incident, it is certainly not whilst her colleagues are conducting an investigation into that same incident.

“It is extremely difficult for police members to investigate the actions of other police,”  Mr Kelly said. “Internal investigations of police incidents put all police in untenable conflicts of interest. Senior command want to support their members, whilst also reassuring the public that a shooting will be investigated properly and fairly. It is difficult, if not impossible, to do both of these things.”

Victoria Police have said that their investigation would be overseen by Professional Standards Command, which is currently standard protocol in a police shooting incident. There is no institutional or practical independence between the investigators and the police members they are investigating.

“This sort of incident would be cordoned off, evidence secured, witnesses interviewed within the first ‘golden hour’ after the event” said Mr Kelly. “In Washington, Canada, Northern Ireland and other jurisdictions which have independent police complaint bodies, experienced non-police investigators would handle these sorts of investigations very effectively.”

Had this incident occurred in Belfast, London or Toronto, an independent body would have commenced investigation of the incident immediately.  Trained investigators would have attended the scene, separated and interviewed civilian and police witnesses and collected and preserved forensic evidence.

Specialist investigators are trained in clinical investigation techniques, crime scene management and have specialist knowledge of police protocols and procedures. They form the ideal response to these sorts of incidents and can investigate without bias and conflicts of interest.

The legal centre has not claimed that police have acted wrongly in this case.

“Police actions on the morning in the nightclub could have been totally appropriate or not. Victorians have a right to expect a prompt, transparent and independent investigation so that we have some certainty either way.” Mr Kelly said.

The Police Accountability Project has been calling for an independent body capable of investigating police shooting incidents for many years. The project will be making a detailed submission to the Parliamentary inquiry announced by the IBAC Committee this week. It will be the first Victorian parliamentary inquiry into how police complaints are investigated for several decades. 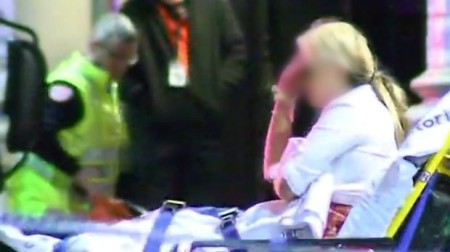 A man who  was shot by police while engaged in a fancy dress sex act at a swingers party was not holding a gun at the time, despite the claims of police, a nightclub owner says…

A MAN dressed as comic-book villain The Joker was shot by police while brandishing a toy gun at a Melbourne swingers party on Saturday, with a witness saying “he was not a threat to anyone”…

Leave a reply to Amber Click here to cancel the reply