How reforming Victoria Police can help victims of family violence

Under his alias, Vernan Demerest, Guerin repeatedly posted obscene online messages which were abusive, racist, misogynist, homophobic, and pornographic and in some instances just bizarre.

His position, and the nature of the saga has lead the public dialogue to be centred on the behaviour of the top cop, rather than the institution and system that not only employed him, but promoted him.

Guerin is a product of a failed police complaints system and this is the broader issue, lost in the current narrative. This is a system that puts police before victims, and this is most acute in the space of family violence. There are countless examples of this.

One of them is Amalia. For most of their marriage Amalia’s husband had been abusive and a perpetrator of family violence. One night during a violent assault she scratched his neck in an attempt to push him away. Amalia took the step, which many women facing systemic family violence don’t – she called the police.

It was a mistake.

Because of the scratch on her husband’s neck alongside his convincing lies and the police’s failure to engage an interpreter, she was considered to be the main perpetrator of family violence.

The results of this assessment were devastating. Amalia’s husband supported the police application for a family violence intervention order against her and he was granted custody of their two young children. He refused to allow her to see them, and continued harassing and intimidating her. She had nowhere to go and no friends or family. Like thousands of others, Amalia has no real recourse or ability to lodge a complaint against the police’s wrongful assessment with a guarantee of a fair and transparent complaints process.

Amalia is not alone, according to internal police records there has been a 58.4% increase in female’s identified as the primary aggressor in family violence matters over the last five years. This is a significant, particularly because there has only been a 20.7% increase in family violence reports to police during that time. The statistic suggests there is more to the story, women are not becoming more violent.

For women, the consistent failure in police duty relating to family violence, has hurt not only themselves, but all too often the lives of their children.

Katie had been married for nine years to her husband, she had experienced family violence from the beginning of their relationship. In 2003, Katie was six months pregnant with her fourth child when her husband punched her in the stomach. The police were called and took Katie’s statement with her husband sitting next to her.

A quick check up phone call was made the next morning, however no further action was taken by police, no assessment, and no family violence safety notice issued.

For Katie this was just the beginning, a nightmare that is still yet to end. After nine years of abuse and with four young children, she left her husband. It took a public assault against her at a kid’s football match, and the encouragement of workers from the child support agency, for Katie to lodge an application for a family violence intervention order (IVO) to protect herself and her children against her former husband. An intervention order is exactly that, an order made by the Court. The power lies not with the order but with its ability to be enforced.

Katie’s application was granted, however her husband had a total disregard for the IVO and further to that, on repeated occasions, so did the police. Six years after the separation and on a full order, Katie reported over twenty clear breaches made by her husband. The police charged him with six.

On one occasion, her ex-husband walked into their children’s school concert, to sit behind her and breathe down the back of her neck. He was not allowed within fifty meters of her and had agreed not to attend the school on the weeks she was there.

Another incident involved him parking his car across her street, slowly driving it backwards and forwards to stop her from getting to her property. Consistent damaging and abusive behaviour with clear evidence, still it was not enough for the police to bother charging her husband.

On numerous occasions there was evidence enough to do so, such as her neighbour’s statement when she called Katie to notify her that her husband was sitting on her front porch. Waiting for her to come home. Katie called the local police station where she was told to “go back home and look after the kids.”

Like Amalia, there is a process available to Katie to lodge a complaint against the police for breaches of duty. However, just like 90% of other police complaints, it is likely that the Independent Broad-Based Anti-Corruption Commission (IBAC) will refer the complaint back to Victoria Police. Or similar to the complaint made against Guerin, IBAC may provide her with a letter, months later stating that after ‘careful assessment” the matter did not warrant further investigation.

IBAC is as its name sake, a corruption committee – not a system for managing complaints. In order for us to provide safety to our community, we should be able to evaluate the people who are tasked with maintaining that safety.

This is an important process, not only for the sake of transparency but also to ensure our protectors are fulfilling their obligation – keeping Victorians safe.

Undoubtedly Victoria Police are nursing reputational wounds, however it’s uncertain how much real change will occur within the organisation. For fifteen years advocates have pushed for reform. Stuck between the Police Union and election cycles, both sides of politics remain lethargic.

IBAC last week announced that they will be widening the scope of their investigation into the extent that Guerin’s conduct “may have affected the investigation and outcomes of matters where racism and other potential breaches of anti-discrimination or human rights law may have been relevant.”  The investigation will also assess the “adequacy of relevant Victoria Police policies and procedures.”

In light of this, it’s important to remember the complaints system is not about one man, it’s about all of us. 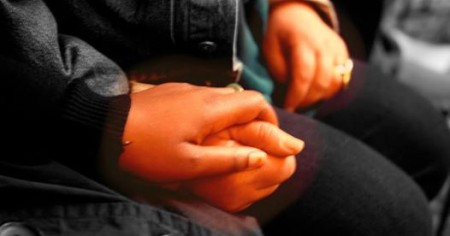 “…according to internal police records there has been a 58% increase in female’s identified as the primary aggressor in family violence matters over the last five years.”

“In order for us to provide safety to our community, we should be able to evaluate the people who are tasked with maintaining that safety. “