In the wake of a Supreme Court appeal decision (Bare v IBAC [2015] VSCA 197) handed down on 29 July, 2015, the Flemington Kensington Community Legal Centre has called upon the Victorian Government act immediately to ensure all serious complaints against police are investigated independently of police.

The Court of Appeal has found that the original decision to pass Mr Bare’s complaint to police was unlawful and has now ordered the matter be sent to IBAC to make a fresh decision on whether it should conduct an independent investigation in accordance with the Charter of Human Rights.  Although the Court found that the Victorian Charter does not provide a clear right to have serious complaints against police investigated by an independent body the judgement highlights the need for legislative reform to ensure Victorians have access to this right.

According to Executive Officer Anthony Kelly, “The Victorian Government now has a chance to get this right.”

“Provide the powers and resources for IBAC to investigate all assault and human rights abuses by police independently.” Mr Kelly said. “The Victoria public deserve to trust in the integrity and accountability of our police.”

The Court of Appeal judgment in the matter of Bare v Independent Broad-based Anti-Corruption Commission (S APCI 2013 0045) was handed down today at the Supreme Court of Victoria.

Nassir Bare sought to have his alleged serious assault by Victoria Police investigated independently in 2009.  Mr Bare was 17 years old when had his teeth chipped while being pushed into the gutter, being capsicum sprayed while handcuffed, and being racially slurred by Victoria Police officers.  He joins Corina Horvath and numerous other victims of police violence who have called for independent police investigations.

The legal centre, which runs a statewide police complaints legal advice service, states that less that 3% of assault allegations are substantiated when police investigate themselves.

The Legal Centre points to models in Northern Island, Canada and the United States where properly trained and resourced civilian investigators respond promptly to complaints of serious police misconduct.

“Victoria public will never accept investigations of police by police” said Principal Solicitor, Tamar Hopkins. “It’s time Victoria complied with recognized international human rights standards and implemented a system that is institutionally, and practically independent of Victoria Police and that is capable of conducting fast, effective and fair investigations.”

Following the Supreme Court decision the investigation of Mr Bare’s allegations of police assault are to be handed back to IBAC.

Mr Bare deserved accolades for his brave and persistent pursuit of justice and congratulate YouthLaw and the legal team at Maddocks and counsel Jason Pizer, Emrys Nekvapil and Fiona Spencer for their extraordinary work.

YouthLaw’s statement on the decision here.

Why we need independent investigation of complaints regarding police conduct 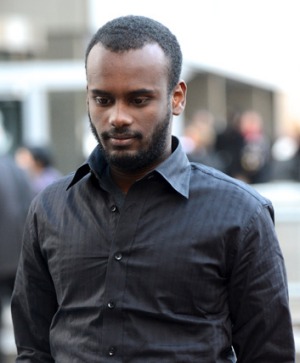 Background to the Nassir Bare case:

Operation Fortitude: it’s not just clumsy wording that should worry us
New Report: The More Things Change, The More They Stay The Same