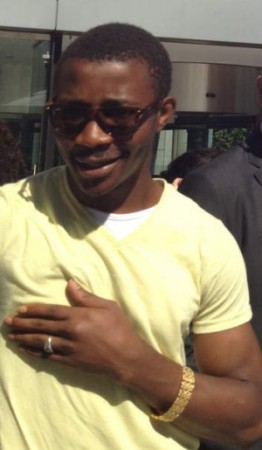 An appeal decision has been handed down in the Victorian Supreme Court which could set back Victoria Police efforts to end racial profiling in Victoria.

The outcome overturns magistrate Duncan Reynolds’ 2013 ruling that police do not have an “unfettered” right to randomly stop and check vehicles.

Judge Bell, in the Victorian Supreme Court quashed the decision of Magistrate Reynolds ruling that he committed an error of law when he decided in June last year, that section 59(1) of the road safety act did not give police an unfettered right to stop motorists.

Judge Bell did, however, agree with Magistrate Reynolds that coercive questioning by police in an effort to request name and address of a person who is stopped, can constitute a breach of the common law and Charter rights to freedom of movement and privacy (and in the Kaba v Watson case, did constitute breaches of Mr Kaba’s rights and was unlawful).

The case will now be remitted back to the Magistrates’ Court, for reconsideration, subject to any appeal.

Magnus Kaba (pictured), an Australian man born on the Ivory Coast, was a passenger in a car stopped by police in Ascot Vale in April 2012 as part of a “routine and random intercept”.  Mr Kaba was charged with a number of offences including assault after one of the police officers asked to search the car and repeatedly requested Magnus’ name and details “[refusing] to take no for an answer.”

The Magistrate, Duncan Reynolds, ruled in June 2013, that neither the common law nor section 59 of the Road Safety Act (Vic) vested in police ‘‘an unfettered right to stop or detain a person and seek identification details”.  That decision has now been overturned, which has significant implications for efforts to end racial profiling by Victoria Police; the subject of a three-year action plan launched by Chief Commissioner Ken Lay in December last year.

Solicitor for Mr Kaba, Sophie Ellis, said of Judge Bell’s decision: “No one benefits from the police having unchecked power to stop vehicles.  The global experience shows that broad powers are too often abused by police and can lead to prejudice impacting upon how some police members carry out their work; rather than policing individuals for fair and just reasons.”

Concern about this decision is that it empowers racial profiling and human rights violating behaviour by police.  Such broad statutory power to stop and request without suspicion of wrong doing has great potential to be abused or exercised unlawfully in breach of people’s rights under the Charter, for example, where exercised in a racially discriminatory manner.

Ms Ellis points out that “some members of our community are more susceptible to being victims of discriminatory and unlawful application of broad powers such as this – eg, drivers targeted because of their race, the age of their vehicle, or the neighbourhood they are driving in; and unlawful profiling can be incredibly difficult to prove.  This is the experience of minorities, including people of colour, in our community that is frequently communicated to us.”

We know from the race discrimination case that young African Australian men are 2.5 times more likely to be stopped arbitrarily and have field contacts with police than others in the North Melbourne/Flemington area, even though they commit statistically less crime.

A statutory power to randomly stop motor vehicles under section 59(1) of the RSA where there is no suspicion of wrong doing has real potential to undermine police’s efforts to stamp out racial profiling.

Victoria Police stated in the “Equality is not the same” report that:

“It is expected that police members make objective, evidence based decision making in the field.”

This indicates that Victoria Police command do not endorse officers acting on “hunches”.  But ‘random’ and ‘routine’ traffic stops and licence checks, are extraordinarily susceptible to bias on the part of police members.

The Flemington Kensington Community Legal Centre has called upon the Victorian Police to adopt state-wide traffic stop data monitoring for all traffic and Highway Patrol units.

According to Anthony Kelly, Executive Officer of the Legal Centre, “If police continue to use these discretionary powers to stop vehicles then it is critical that it is not applied in a discriminatory way.”

Mr Kelly said “collecting and monitoring stop data by ethnicity is the most viable way of doing this.”

Currently, Victoria Police traffic and Highway Patrol units are not included in the receipting trials that are to be held in Moonee Valley and Dandenong in 2015.

“Victoria Police has said it is committed to doing everything possible to prevent racial profiling. Studying and monitoring discretionary traffic stops on a statewide basis is a critical component of this work.”  Mr Kelly said. 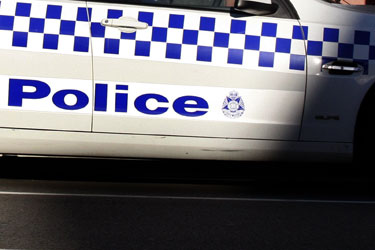 Black Drivers are more likely to be stopped by police (2014)