Coroner John Olle today handed down findings into the catastrophic deaths of two men in 2012.

The deaths occurred after police recklessly pursued one of the men, who was mentally ill, the wrong way down an off ramp at speeds of up to 150km into oncoming traffic – the point at which Coroner Olle stated the pursuit “should have been immediately terminated.”

The police driver of the pursued vehicle gave evidence during the inquest that he considered there was a possibility of a resolution of the pursuit as the pursued driver approached the exit ramp to the freeway. However, Coroner Olle observed that, “it would have been abundantly clear that he was not going to stop, which was the key objective.”

Lawyer for the family of the pursued man, Sophie Ellis from Flemington & Kensington Community Legal Centre says that the police involved should be criminally sanctioned. “The pursuit at speeds of up to 150km an hour the wrong way down an exit ramp into oncoming traffic was extraordinarily reckless.”

She says that, “of all the options open to police on the day of this catastrophe, police took the most dangerous, in direct contradiction to police pursuit policy at the time that required the safety of the public, police and the pursued person to be of paramount consideration.”

“The greatest threat, danger and risk to the public in this tragic case was not presented by the deceased driver of the pursued vehicle, but by the pursuit itself” Ms Ellis said.

Victoria police changed its pursuit policy in July this year, however, Flemington & Kensington Legal Centre hold concerns that it does not go far enough to ensure preventable deaths like those which occurred in this tragedy, will stop.

The Centre is concerned that it still allows too great a scope for police discretion on when the use of a pursuit is justifiable. For example, police are still required to determine when “pursuit justification criteria are met”, including whether the pursuit “is necessary to prevent a serious risk to public health and safety” – which is not defined.

Although improved from its previous iteration, it does not preclude police pursuits occurring for traffic offences – noting only that “in ordinary circumstances”, a pursuit should not be initiated for “minor” traffic offences; again a term which is not defined.

It is hoped that the new policy will significantly reduce unnecessary police pursuits and save lives. However the Centre’s concern is that greater clarity and precision is still required in the policy to ensure police officers do not engage in deadly, preventable pursuits.   Lawyer Sophie Ellis says that, “the Chief Commissioner of police has a duty to ensure the public aren’t exposed to unnecessary use of lethal force. Without clear guidance and training on police pursuits, the Commissioner is putting the public’s safety at risk, including the lives of his officers, contrary to obligations under Occupational Health and Safety Law.

Absent independent scrutiny, evaluation and reporting of police pursuit outcomes, the Victorian community cannot have confidence that this most lethal use of police force will be controlled for the safety of community, police and vulnerable people alike. 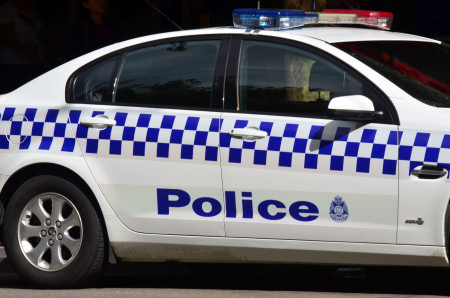 A redacted version of the findings is available here: Findings into the Deaths _police pursuit – [Redacted]

The family of the deceased driver who was pursued by police, would like to thank those that supported them through the inquest, including Charandev Singh, Annie Nash, the Flemington & Kensington Community Legal Centre, Counsel Leighton Gwynn and Simon Moglia and all the friends and family that have stood beside them.

How should police complaints be investigated in Victoria?
Craig Love finally compensated for violent acts of police officers