Impacts on Weapons Use by Victoria Police

The Police Accountability Project (PAP) condemns the use of new weaponry and the rising militarisation of Victoria Police. We express concern about the oppressive policing of demonstrations generally.

On Saturday 21st of August 1 we saw Victoria Police use new weapons on protestors for the first time since their purchase in 2018 2. While PAP does not support the “anti-lock down protests”, we do hold serious concerns about the escalating use of weapons by Victoria Police. The more weapons Victoria Police have at their disposal does not mean safer communities, especially communities targeted by over-policing. 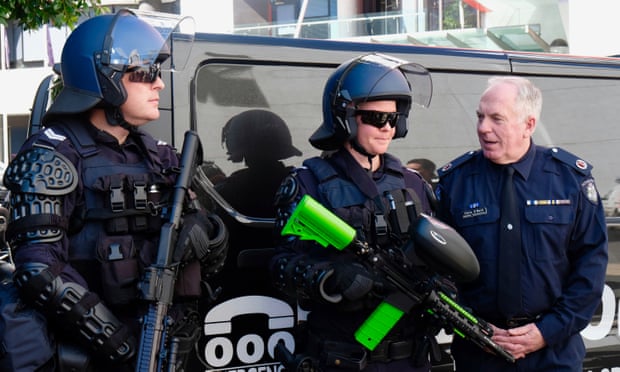 COVID has given police extraordinary and new powers that have disproportionately affected marginalised groups over the last year 3; it has also normalised over-policing and excessive use of force in the name of the public health crisis. Now, Victoria Police have used violent and dangerous weapons that can maim, blind and leave permanent injuries, depending on where they hit the body.

While we do not endorse anti-lockdown protests, we do call out the use of projectile weapons by police. In the long term, it is marginalised communities that will feel the impact of those weapons the hardest.

The use of projectile weapons and the growing trend to militarise Victoria Police impacts directly on communities who have historically been over-policed in Victoria. Communities of colour, First Nations communities and LGBTIQ+ communities have borne the brunt of repressive policing tactics and there is no evidence that this will change in the short term.

The use of projectile weapons also shows the growing need for an independent police oversight body with the responsibility and power to periodically monitor and report on policing misconduct and trends. Giving police growing power and weapons without the power to properly investigate and prosecute misconduct independently, is irresponsible, and feeds into discriminatory and oppressive policing tactics. As PAP and many other organisations have said Victoria needs a better oversight system to keep police accountable 4.

The Co-opting of Human Rights Language
What’s wrong with risk?