Jill Reichstein OAM and Chair of the Reichstein Foundation announced the recipients of the 2015 fellowship this evening at the Progress 2015 conference in Melbourne.

Leading campaigner against racial discrimination by Victoria Police, Tamar Hopkins, is among three community workers who will visit the United States on a study tour of innovative not for profit and advocacy organisations.

Tamar Hopkins, Principal Solicitor at the Flemington & Kensington Community Legal Centre, has been brilliant in her work alongside young African Australian men in inner Melbourne, and with them won a major breakthrough with Victoria Police.

Ms Hopkins said: ‘The fight for justice against police brutality and racism is international. Policing systems around the world, and especially in the US, are struggling to shake off racism. This is a great opportunity to bring back lessons from campaigns in the US to eliminate racism in policing.’

Tamar was selected for the study tour along with Tanya Hosch from the Recognise campaign and Brendan Sydes, from Environmental Justice Australia (EJA), who will be joining the Australian Progress 2015 US Study Tour in July. The trip will include face to face meetings with counterparts in New York City, Washington D.C., Phoenix, and San Francisco.

‘All of these strong community advocates are working on difficult and urgent issues: policing, environmental sustainability and Indigenous rights. We wish them well on their study tour’, said Jill Reichstein.

The Flemington Kensingston Community Legal Centre acknowledges this timely and critical support of the Reichstein Foundation in building and strengthening the advocacy links between US movements against racialised police violence and the parallel movements here in Australia. 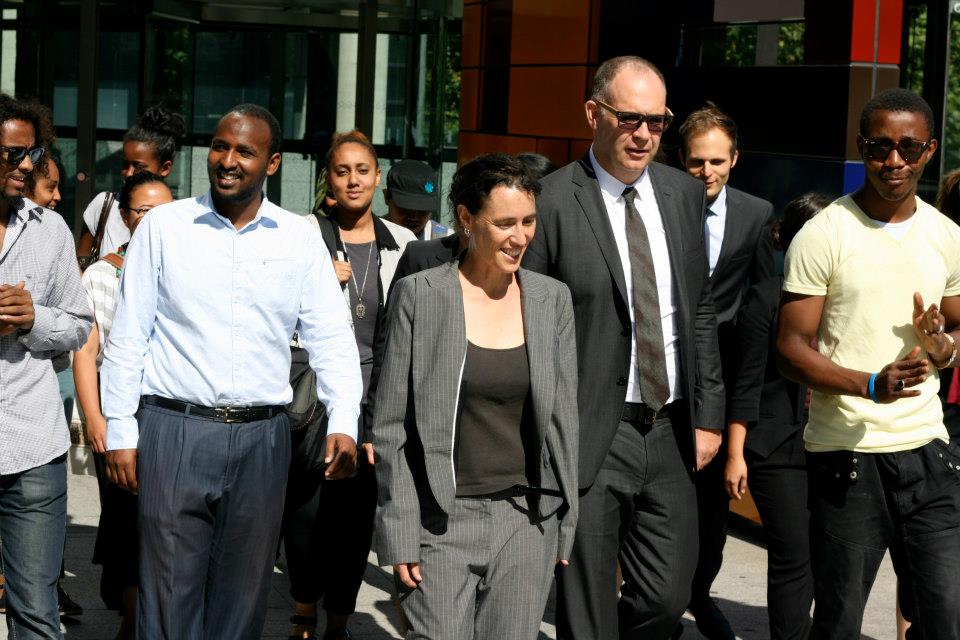 Tamar Hopkins (centre) is the Principal Solicitor of the Flemington & Kensington Community Legal Centre. In response to reports of serious police violence and racial profiling in the Flemington region, she established the Police Accountability Project which now operates a state wide police accountability legal and law reform advocacy service. She has been a driving participant in the unprecedented Haile-Michael v Konstantinidis Federal Court racial profiling claim against Victoria Police and the Corinna Horvath Communication to the United Nations. In 2008 she was the recipient of a Victorian Law Foundation Fellowship enabling her to study the human rights compliance of police accountability institutions in the US, UK and Canada. She has published numerous articles on police accountability and human rights. In 2010 she was awarded the LIV Community Lawyer of the Year and in 2013 was shortlisted Human Rights Commission Human Rights Award.