Culture, Complaints and Systemic Change: Victoria Police in the Spotlight 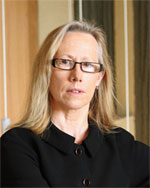 The current Inquiry into External Oversight of Police Corruption and Misconduct in Victoria and subsequent revelations about racism at the highest levels in Victoria Police has established beyond doubt the urgent need for a robust and independent police complaints system. But this moment in time also offers a rare opportunity to shine a spotlight on the systemic factors that help to sustain misconduct in everyday policing.

In our submission to the Inquiry, Jude McCulloch and I advocated a multi-level approach to police accountability comprising: an independent and credible complaints system to respond to individual instances of police misconduct, systemic changes to operational policing to reduce the prevalence of misconduct and complaints, and responsive local level structures to address recurring problems and tensions and provide accountable policing to communities.

In our oral evidence to IBACC on February 26 I was able to expand on the second and third points and the committee agreed to consider a more detailed briefing paper on systemic factors that have the potential to contribute to police misconduct. In this article I summarise some of the main arguments from that briefing paper.

Many decades of research has identified distinct approaches to operational policing that vary significantly in their capacity to either encourage or discourage misconduct such as unwarranted stops, discriminatory policing and misuse of powers. I review some of those policing styles in the briefing paper.

Community Policing emphasises non-conflictual contact with the public in order to build trust and encourage voluntary reporting of incidents to police. This philosophy encourages initiatives like foot patrols and police youth clubs, which are generally carried out by specialist officers, such as multicultural and youth liaison units. Community Policing is often derided as ‘soft policing’ by rank and file police, and these trust-building efforts can readily be overturned by the less conciliatory actions of mainstream patrols. 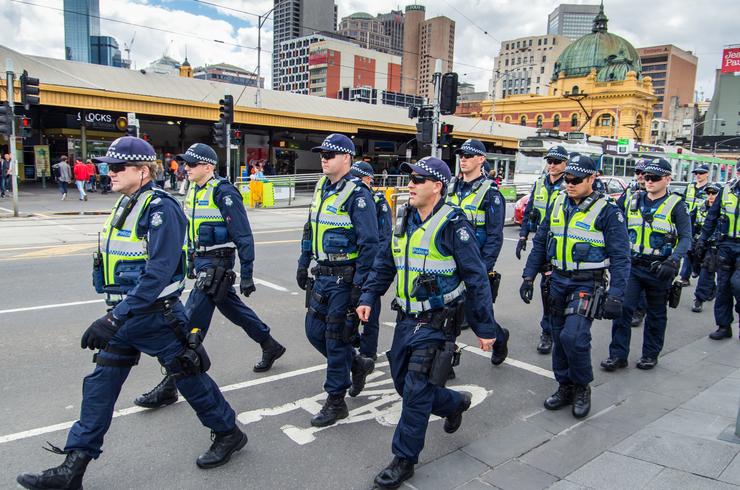 Intelligence-led or Risk-based policing is the pre-eminent mode of policing around the developed world today. It is technology-enabled and provides a powerful tool for targeting police resources by analysing data to identify risky people and places. It is considered effective in many contexts, but can have serious adverse implications when applied unreflectively to street policing.

In contrast to the long-term and voluntary approach of Community Policing, Intelligence-led Policing encourages intrusive stops and questioning aimed at procuring instant ‘community intelligence’. Moreover, the attachment of risk to particular individuals, groups and places, rather than to problematic behaviours, is a recipe for promoting discriminatory policing.

Zero Tolerance Policing (ZTP) also focuses on risky places and people but authorises relentless targeting of low-level crime and disorder (such as people perceived to be out of place), on the rationale that this will reduce serious crime in a particular location. A considerable body of academic research on ZTP in New York City disputes this purported benefit, while noting a significant increase in serious human rights abuses and complaints.

Procedural Justice Policing is actively promoted at present by international policing researchers. This policing style is closely aligned with human rights principles and emphasises respect and fairness in interactions with the public, lawful use of powers and taking the time to listen to explanations. The benefits for police are said to be increased legitimacy and cooperation. This approach extends beyond Community Policing because it aims to minimise conflict even when police are enforcing the law and requires all operational officers, not just teams of specialists, to be mindful of these constraints on their power.

“Police organisations are remarkable in that the greatest discretion rests with the least experienced officers, who are generally those working in direct contact with the public.”

Any consideration of systemic factors influencing police misconduct and the prospects for reform, must also consider the impact of police occupational culture. This the second major topic discussed in the briefing paper.

Police organisations are remarkable in that the greatest discretion rests with the least experienced officers, who are generally those working in direct contact with the public. The addition of minimally trained PSOs to the policing role adds further to this ‘inverted pyramid’ conundrum. Policy directives issued from high places are not likely to translate seamlessly into uniform changes in practice across the organization if they are at odds with police culture, which leads many police researchers to lament the possibility of achieving fundamental reform.

However, a more nuanced analysis by Professor Janet Chan, undertaken in the aftermath of the Wood Royal Commission in New South Wales, identified the conditions in which progressive reform might succeed. Chan proposed a dynamic model of police culture in which rank and file cultural norms are not necessarily fixed for all time, but interact with policy directives and performance incentives controlled by police management, while also being influenced by the wider political, social and legal environment. She argued that all these elements must be aligned to produce conditions for positive change.

Her research showed that some success was achieved with anti-corruption reforms following the Royal Commission because staff training and recruitment, organisational policies and reward systems, legislative change and public pressure for reform all pointed in the same direction. However, attempts to address systemic racism against Aboriginal populations following the televising of the controversial documentary Cop it Sweet, were far less successful to entrenched and widely accepted cultural norms and practices, and a lack of political and public pressure for change.

The IBACC briefing paper provides more discussion about police culture and the implications of these diverse policing styles and uses observations from my own research to provide some insight into the extent to which these effects are occurring in Victoria. This holistic way of viewing the complex task of policing suggests that systemic change to reduce the likelihood and cultural acceptability of police misconduct, supported by political will for reform and an effective legal framework that provides redress for police misconduct, are all necessary elements to deliver accountable policing in Victoria.

Leanne Weber is Associate Professor of Criminology and Australian Research Council (ARC) Future Fellow in the Policing of Internal Borders in the School of Social Sciences at Monash University.

The full briefing note ‘Systemic Factors Likely to Influence the Prevalence of Police Misconduct and Prospects for Organisational Reform’ can be downloaded here.

Leanne can be contacted at leanne.weber@monash.edu

IBAC’s new Victoria Police audit is welcome but not enough.
Body Worn Cameras: A call for regulation, safeguards and accountability