Decline in trust of Victoria Police unsurprising after countless scandals

Today, The Age released a report on the declining trust Victorians have on police integrity.

Aboriginal and Torres Strait Islander, legal and human rights organisations are reiterating calls for a new independent body to investigate allegations of police misconduct in light of research that has found public trust in Victoria Police has hit a new low after countless scandals.

Now, more than one in five Victorians report no longer have confidence in Victoria Police’s integrity. Research published today by The Age comes at a critical juncture ahead of the November state election and has reinforced the need for the establishment of a Police Ombudsman.

Earlier this month, the Police Accountability Project, the Victorian Aboriginal Legal Service, the Human Rights Law Centre and Robinson Gill were among nearly 30 organisations to sign an open letter calling on Premier Andrews to create a best practice Police Ombudsman.

Nerita Waight, CEO of the Victorian Aboriginal Legal Service, said:
“We know from working with our clients that there is a huge amount of police misconduct that goes on without being recorded or reported on. If Victorian’s knew the full extent of misconduct committed by Victoria Police, this record low rating would soon be surpassed. The next Victorian Government must establish independent police oversight.”

Ilo Diaz, spokesperson for the Police Accountability Project, said:
“We are not surprised by this research because we have seen first-hand how the lack of regulation and accountability has a detrimental impact not just with the individuals involved, but entire communities. A major step in the right direction would be the creation of a Police Ombudsman so that people can take their concerns to a truly independent body, and one that is complainant centred, transparent and able to achieve outcomes.”

Monique Hurley, Managing Lawyer at the Human Rights Law Centre, said:
“Victoria Police should be embarrassed that the public, the people they are appointed to serve, have such little trust in their behaviour. The status quo of police investigating themselves and dodging accountability for their actions must end. Effective and truly independent oversight of police in the form of a best practice Police Ombudsman is long overdue. So long as governments allow police to investigate the actions of their colleagues, police will continue to act with impunity.”

Jeremy King, Principal Lawyer at Robinson Gill, said:
“The community has clearly lost faith in Victoria Police. This is understandable given their track record over the last two decades. One of the reasons this situation has happened is because there is no proper independent oversight of Victoria Police. Our police oversight system is broken and fundamentally flawed. Nothing will change until we have a new independent Police Ombudsman. The Government needs to commit to this as a matter of urgency.” 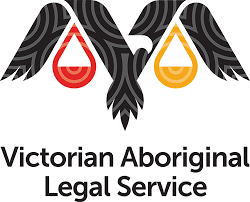 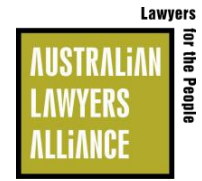